When I first found out I was moving to Oklahoma, I’ll admit, I was terrified. I knew nothing about the state, the people or this town. I did however, possess the various stereotypes about said topics (insert inappropriate but arguable, backwoods-country, buckle-of-the-Bible-Belt joke here).

My knowledge of this state consisted of tornadoes, Carrie Underwood (& that’s only because she won American Idol) and the Tulsa Race Riots. With all the stuff happening in the media at the time, I just knew I would bear witness to issues between the community and law enforcement as well.

Suffice it to say, Lawton changed this narrative for me. You see, these things never happened. Nothing ever “jumped-off”. No riots, no protests, no civil disobedience. I put up my impenetrable force field of straight-ATITUDE, wicked side-eyes and Hong Kong Fuey hands…. for nothing.

The funny thing about the entire set up was that it was the exact opposite. Seemingly everyone was kind to us when we arrived. We were welcomed into the community with open arms. My kid was invited to every pizza party, skate party, sleepover, sleepaway camp, football game bonfire and church function known to man (which is part of the reason why she absolutely loves it here).

People were so nice to us, it was disgusting. It was so weird I had to ask one of my professors what was going on in Lawton. Were people aware of what was happening in the world? Were they not watching their tv screens or news feeds? Were they just not socially conscious here? Was this some Twilight Zone Utopia where drinking the water makes “Can’t we all just get along” more than just a bad meme?

Had I stepped into some weird alternate universe where the community and the police department really do respect each other and, in fact, get along? Don’t get me wrong, I am by no means naïve about the reality of this city, but I must say, it does feel good to see the results of a community that cares about the people. ALL of its people. 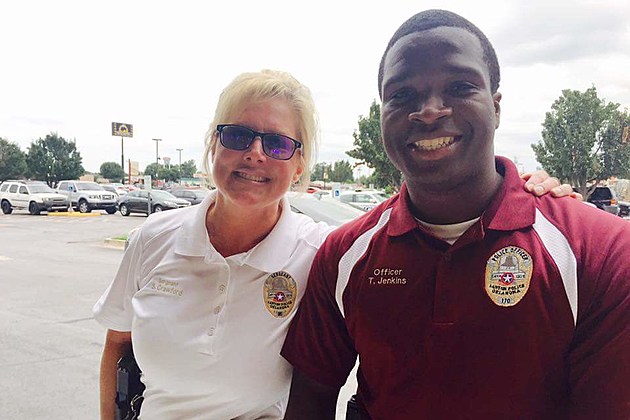 That’s why I want to give a huge shout out to the Lawton Police Department for extending an olive branch and creating The Unification of the City event. The goal is to build relationships with the youth and the community. The LPD understands that in order to gain a better understanding of what each of our responsibilities are, they must improve communication and obtain real input and support from the communities they serve.

In order for this theory to be truly successful, the Lawton Police Department understands that they must be visible, interactive and accessible within the community. If all of Lawton/Ft. Sill works together to identify problems that we all face, then we may also be able provide possible solutions to the issues that are affecting our community.

Source: UNIFICATION OF THE CITY: Hosted by Lawton Police Department
Categories: Events, Family, Feel Good, Lawton News
Comments
Leave A Comment
Cole Hauser Shares What ‘Yellowstone’ Season 5 Has in Store for Rip + Beth Dutton
This Oklahoma Town has Been Ranked as the Safest City in the Sooner State
What’s The Most Popular Way to Cook a Turkey in Oklahoma?
Chief Drive-In Theatre in Chickasha, OK. Is Showing Your Favorite Christmas Movies
Peak Inside This Magical Oklahoma Mansion That’s For Sale
Did You Know The Famous Leg Lamp From ‘A Christmas Story’ Was Created in Oklahoma
Burlington Coat Factory is Coming to Lawton, Oklahoma
The Top 5 Must Watch Thanksgiving Movies
The Top 10 Most Popular Carry Guns in Oklahoma